Things to Watch Out for in Real Estate Contracts

As a practicing real estate attorney coming up on 28 years of active conveyancing, this market takes the cake for tumult and turmoil. Never before have I seen so many real estate contracts in a state of distress with buyers and sellers at each other’s throats either threatening legal action or actually pursuing it. And these disputes come in so many shapes, sizes and patterns that I can’t possibly write a “one size fits all” treatment of the subject — so I’ll try my best to identify the repeat offenders and usual suspects, along with tips and strategies on how the average buyer or seller can protect themselves.

First, let’s get a few definitions out of the way. A real estate contract is a legally binding contract which obligates the buyers and sellers to “perform” under the contract — the buyer performs by delivering the money and the seller performs by delivering the real estate. But wait there’s more! Typically we have certain dates, which are critical, and subsidiary promises which must be kept. Will the property be vacant and clean, will the tenants (if any) vacate before the closing or will they be there to greet the buyers after the closing? Will the buyers be paying cash, or getting a mortgage? All of these details are addressed in the average real estate contract and each one of them are reduced to a contractual promise which cannot be broken without placing the contract in a state of breach and exposing the parties to litigation.

A few more definitions … what is the difference between the contract being “voidable” or “void,” on the one hand, or “breached” or “broken,” on the other? A contract being “void” is actually the more obscure of the two scenarios — a contract is “void” (or “voidable” by the aggrieved party) when there is some fundamental or fatal flaw either in the contract itself (or the process leading up to the formation of the contract) which mandates that the agreement be tossed out as a meaningless or pernicious document and not a contract at all. The classic scenarios include, but are not limited to, the following:

Lack of Capacity: A real estate contract between a seller and a minor (an individual who hasn’t reached the legal age or age of majority(18 years old) is void. A teenager lacks the legal capacity to purchase real estate and if somehow through a comedy of errors you agreed to sell your home to a juvenile, the contract is worthless. Let’s face it that’s probably for the best!

Duress: A party to a real estate transaction who signs the contract “under duress” can declare the contract “null and void” and be excused from performing under the contract. So, if — hypothetically speaking — a buyer or seller were to threaten the other party with violence unless they agreed to their terms and signed the contract — that contract is worthless.

Contracts that Are Illegal or Against Public Policy: Contracts that are illegal are void and unenforceable. So, if the buyer was going to pay the purchase price using the proceeds of an illegal narcotics sale, it’s void. If the property were being used as an illegal gambling parlor and the seller insisted that the buyer allow this business to continue to operate after the sale, that’s illegal. A transaction involving funds that were laundered or stolen, or a property that was obtained through fraud or forgery — those kinds of transactions are void. At one time in this country deeds sometimes contained racially restrictive covenants, mandating in some cases that the property only be transferred to a person who was white, or forbidding the transfer of the property to the member of a minority race or religion — these covenants have been declared illegal and unenforceable. And of course any real estate transaction predicated on the buyer (or seller) being the member of a particular race, religion or ethnic group renders the contract void and worthless.

Provided that your contract doesn’t fall into one of these categories, a contract with a minor, or an illegal contract, or a contract where one of signatories signed under duress or in response to a threat of some kind — then we are back in the universe of enforceable contracts and buyers and sellers who must live up to their obligations — here are a few closing thoughts on what I am seeing cross my desk in 2022.

Appraisal Drama: Properties have been skyrocketing in value, and for a long time appraisals kept pace with soaring values, but not anymore. I now see appraisals falling short of the sales price and it has everyone staking out legal positions. Must the seller sell for less than the sales price? Answer: almost never. Can the buyer be forced to pay over appraised value? Answer: it depends on the wording of the contract, in some cases the buyer agrees to do so in advance, in other cases the buyer has the means to do so and their lender simply mandates that they tap into personal assets to “bridge the gap.” There are few black and whites, more gray areas, and contracts which, upon further review, are not well written to address these occurrences.

The Tricky (or Reluctant) Buyer: When buyers get shot down repeatedly and their offers are rejected time and again, they either get depressed and exit the market or in some cases they get desperate. I have seen instances of buyers clearing out the competition with an exorbitant offer — and then upon their offer being accepted they come to their senses and disappear. Sometimes their earnest money deposit never even arrives — this can leave sellers (and their agents) dejected and feeling as though they were used or deceived (or both). This can be a precursor to litigation, and a seller in this situation has a decent case. If the buyer signed the contract they are required to move ahead with the transaction, even if they overpaid — and if a seller were willing to go the distance a Court would force the buyer to complete the transaction.

The Homeless Seller, Use and Occupancy Agreements and the Root of the Problem: As we wrap up here let’s pose a question, what is the real problem with real estate today? Well, through December 2021 we had one problem, a lack of inventory. Today we have two problems, a lack of inventory and high interest rates which are putting the squeeze on everything, pricing, buyers, loan amounts, affordability, etc. Those two problems create a tertiary problem: when sellers sell, where are they going to live after the sale? There are no easy answers. Sellers with second homes are in the clear — but every other seller needs to find a place to buy or rent after they sell. As we all know, this is not an easy thing to do. So, sellers will negotiate “use and occupancy” agreements with buyers, allowing sellers to remain in the property after the closing, either waiting for the closing on their purchase to roll around or for a place to live while they continue to pound the pavement in search of replacement housing. I’ve seen sellers refuse to close, or close and then refuse to leave, or the parties fighting over the terms of the use and occupancy agreement and it’s enforcement.

And there is more, a lot more: closing fiascos involving blown closing dates, clandestine and unauthorized home inspections by buyers who “waived inspection,” economic and geopolitical uncertainty creeping into our transactions and causing one of the parties to get a bad case of “cold feet.”

Winston Churchill famously noted about democracy, “That it is the worst form of government, except for all the others that have been tried.” That’s what I’ve been thinking lately as I survey the chaos, lunacy and bad behavior that embodies the real estate market in America lately — that our system might just be the worst, EXCEPT for all the others that have been tried. My wife comes from a country where the ownership of real estate by private persons was FORBIDDEN! Think about that for just a moment, and I think you’ll agree that a rough and tumble real estate transaction probably isn’t the end of the world. This too shall pass.

PrevPreviousFacing Foreclosure? We Need Inventory! List your Home with a Realtor and Get Paid Instead! 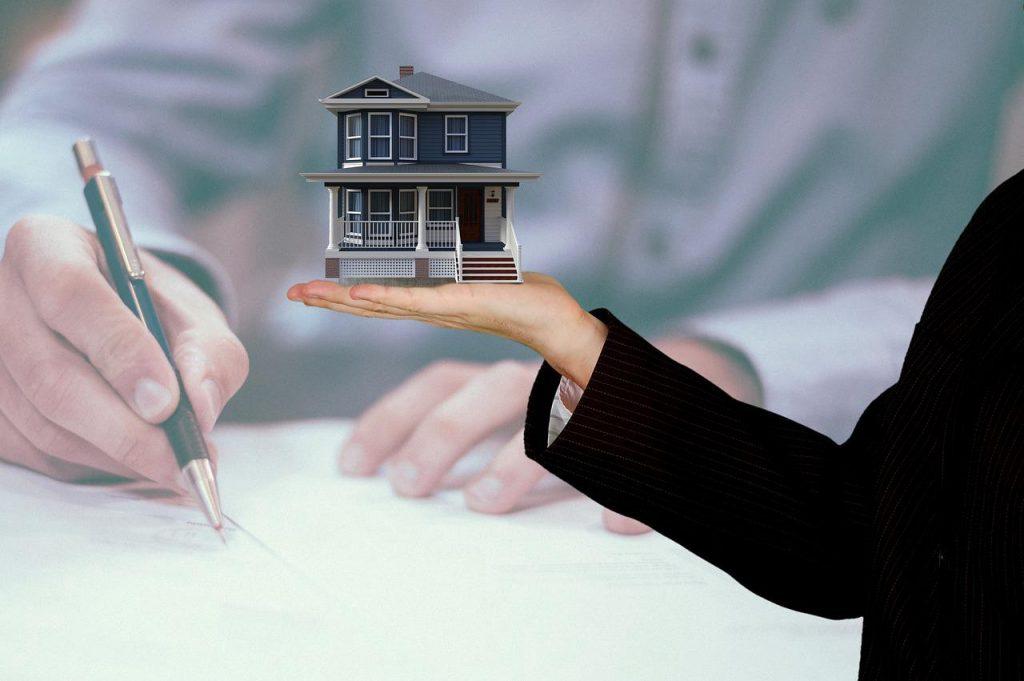 Talk To A Real Estate Lawyer

"Our office brings buyers, sellers and lenders together in a way that is meticulous, organized and always professional." Len Foy, President